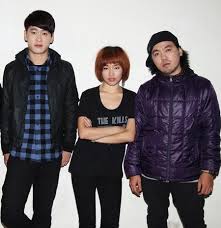 Love X Stereo performed at the Elbo Room on November 3rd to a shockingly small crowd that didn’t appreciate them as they should. Love X Stereo is an electronic rock band based in Seoul, Korea. Love X Stereo’s music is electronic music based in alternative and punk rock from the 90s, think Alanis Morissette with a Ratatat-esque synthesized beat. The lead singer of the band, Annie Ko, has a soft and easy voice that could rival any 90’s and 80’s female powerhouse. Their song “Soul City (Soeul City)” sounds like it could soundtrack any modern day “Dawson’s Creek,” while “Lose to Win” and “Fly Over” highlights Ko’s vocal talents.

Electronic rock is definitely coming into popularity and hearing a band from South Korea take the genre and make it entirely their own is an experience you won’t find equal to. Not surprisingly, Love X Stereo’s music often confuses Korean audiences, though they have a strong expat (foreigners living in Korea) community following, and some of those fans adoringly came to the Elbo Room to see Love X Stereo perform live.

Like any new band, exposure is key. Love X Stereo has a unique sound, an album you can put on and cruise to. If they chance to swing back through Chicago, grab some friends and head to see them. Not every day you get to see a South Korean band playing electronic rock in the Windy City. Check out their website here: