Everyone by now knows what K-pop is thanks to PSY, but the Korean music scene is far richer and more diverse than the stuff Park Jae-sang introduced to the world in 2012. In his mini-documentary, singer-songwriter Gallant investigated the rise of Korean R&B. When Pyeongchang County hosts the XXIII Winter Olympic Games in February, people will discover the massive wave of talent coming from Korea. One of those bands is LOVE X STEREO, the project of Annie Ko and Toby Hwang.

The duo have several projects underway, including working with other Korean indie, electronic, synth-pop, and dream-pop artists to record an Olympics-inspired compilation album. Their primary focus, however, has been on an ambitious project they call 37, which is a four-album, thirty-seven song initiative they hope to finish by 2019 if not sooner. A year ago, the first 9 songs were released on 37A (available here), and yesterday they unveiled 37B.

The immediate reaction to the 37B is that this isn’t the Korean music which we’ve come to know. For that matter, LOVE X STEREO could be mistaken for a synth-pop or electronic band from the UK or North America, and one that existed in the ’80s, ’90s, ’00s, and present day. Ko and Hwang are, in other words, full of surprises.

Following the short, dark instrumental “Nosedive”, the album kicks off with the tantalizing industrial / darkwave number “A Revolution”. Besides the hypnotic beats, Ko’s steamy vocals steal your attention. Her songwriting, too, is captivating, as she offers a Blade Runner style story of people’s lives, thoughts, and actions being controlled by a few. The record quickly flips to the sensual and breathtaking with the lush “Le Grand Bleu”, whose message and calm vibe would fit perfectly within an IMAX documentary about the ocean and the life that blooms within it.

Like the music of the ’80s and ’90s, 37A has its share of love songs, such as the wind-swept and stunning synth-pop ballad “Instalove”. R&B notes, meanwhile, filter through “Turn It Up”, which features a great bass line and Ko’s voice mirrors a young Janet Jackson and her song “Let’s Wait Awhile”. The intensity is accelerated on the shimmering and dramatic “Pulse”, a track that could be the soundtrack to a long drive in the dead of night.

The band, though, save their best songs until the end. Channeling 2 Unlimited, LOVE X STEREO deliver an electrifying, heart-racing song in “Trendkill”. This is a song that could and should be played throughout the Winter Olympics. It would be perfect during intermissions of the hockey games and for all the outdoor events. Fans standing in the cold will surely warm up as this song is played.

The LP’s final two numbers are the highlights. With a bass line right out of The Cure’s playbook and electronic work akin to Electric Youth, “Deeper Than the Dark” is a beautiful spectacle. Ko’s lyrics, however, are remorseful and heart-wrenching, as she says goodbye to the end of a relationship. Possibly saying goodbye for the last time to someone she loved.

The album, though, cannot end on a solemn note, not in LOVE X STEREO’s world. As such, they close the record with the exhilarating “Slipping Away”, which is a CHVRCHES-like anthem that will lift your spirits. While Ko’s lyrics at first seem to be introspective, there is also hope and determination in her voice. This is a song about perseverance and overcoming all odds. About finding triumph in the unlikeliest of places. Sounds like the perfect song for the Olympics. It is also the one song that describes LOVE X STEREO’s yet-to-be-written story – an indie band that is about to strike gold once the world discovers their talent and hears the sublime little gem they call 37B.

The album is out now via Sony Music Korea. Purchase and streaming links are available here. 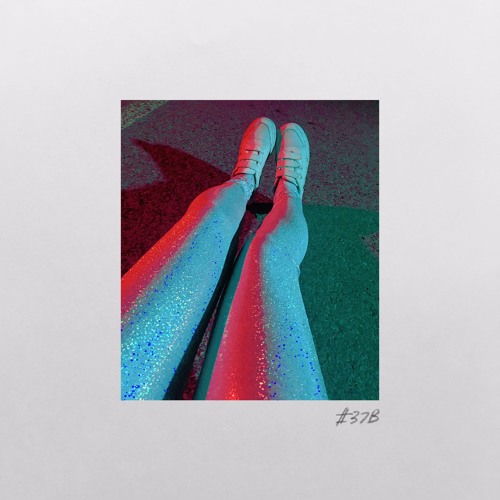