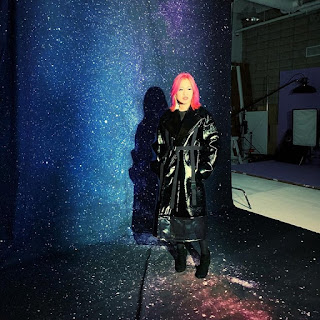 Love X Stereo
“Zero One”
Electronic RockLove is dead, it’s over, you can’t feel anything.Once those first few words of the track sink in, you’ll want nothing more than to shut the whole world out and bask in the essence of this deeply moving song till it has completely healed you and you can love unconditionally again.Seoul electronic rock music duo, Love X Stereo’s first single of 2019 has been just as highly praised as it was highly anticipated. Marking a new high in their career with the release of “37B”, their latest album back in the Summer of 2018 while on a mini UK tour, they raised the bar astronomically high for not just electronic music artists and rock acts in their home region but for musical acts far and wide as well, introducing a sound so pure, so unique and so true to the genres it represents that you could almost identify every single element and its respective genre with very little effort. “Zero One” sits right at the top of that astronomically high bar. It is the quintessential Love X Stereo sound cranked up to the highest level of excellence that could possibly be bestowed upon any iconic rock band – angelic vocals that’ll send chills up your spine and then blow your socks off, and not necessarily in that order; a solid beat that’ll send tremors through your chest cavity; a lasting impression that will have you firmly gripped right from the start and then stick with you for so long you’ll hate them for it; an utterly peaceful ambiance so good it’s scary; a sense of calm and reassurance deep within; and lyrics that’ll take you on a journey of self discovery. The track was created as the soundtrack to the independent film, “Zero One” which was released late last year by Korea born New York film director, Nick Neon.

Love X Stereo is in Nonsan.

Love X Stereo is at The Studio HBC.