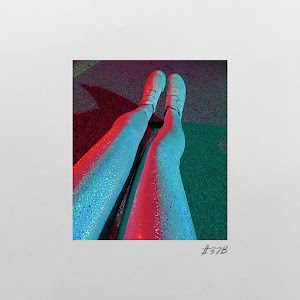 1. Nosedive
2. A Revolution
3. Le Grand Bleu
4. Instalove
5.Turn It Up
6. Thunder Kiss
7. Trendkill
8. Pulse
9. Deeper Than the Dark
10. Slipping AwayWhat comes to mind when I say K-pop? A pumping bass, catchy melody, incredible dance moves and a minimum of six slim and needlessly sexy singers? Yeah, that’s what I thought too but as it happens, Seoul has a strong burgeoning indie music scene with a much richer musical tapestry than just Generation Girls and Big Bang. Love X Stereo is one of these bands, an electro-pop duo formed of Annie Ko (lead, synth) and David Hwang (Guitar, producer). Their music is similar to a lot of mainstream k-pop in its mainly synthesized music and a heavy use of disco rhythms and ‘visual’ sound effects but being free from the infamous k-pop ‘Bootcamp’, their music is allowed to have more creative expression than a lot of modern music currently coming out of Seoul. They’ve to this date already released 5 EPS and 3 singles as well as have had performances in and out of Korea.

Their newest album, just recently released Nov 30th, 37B is a short and sweet musical journey, a great introduction to the band for any new listeners. There is no cohesive theme between the different songs making each one a standalone audio tableau. The album begins with a chariots-of-fire-esque instrumental Nosedive which segues into the first title track A Revolution, one of the album’s title tracks. A Revolution is dark sounding and psychedelic, although very little more than drums, bass, vocals and sound effects the track is a great atmospheric opening. It is immediately contrasted by the thick, lush and dreamy Le Grand Blue.

The album has two title tracks: A Revolution and Instalove (which follows Le Grand Blue), both catchy and upbeat but tonally contrasting synth-pop tracks. If you like earworms, the two of these haven’t left my head in days but on the upside, they’re great songs (as opposed to most earworms). However, I personally prefer the lyrical Le Grand Blue and a later track Pulse, an upbeat, hi-hat driving ballad as my favourites.

Other reviewers have likened their sound to 70s-90s American and British electronic and punk bands but although I understand where that comparison comes from (Toby Hwang was part of a Skate Punk band before forming Love x Stereo), I get a much stronger J-pop sound from them – think jazz-rocker Masayoshi Tanaka and electro-pop Wednesday Campanella. 37B is a lot more musically mature in many ways and although you can still hear traces of their punk and J-pop, these are a lot more audible on their previous material.

37B is part of a longer series of four unrelated albums, two of which have not been released yet. Love x Stereo originally planned to release a full length LP but being the brave, experimental souls they are, they decided to write and release 37 songs in a year instead. 37A was released in May with 37B being the second part and bringing our current song count to 20. The next two albums are expected to come out next year in 2018. The project includes not only the 37 promised songs across 4 albums but also a video for every single song. If you like the band, go support them and don’t stop keeping your eyes and ears open because there’s a lot more already planned to come our way!
– Cyril Ma