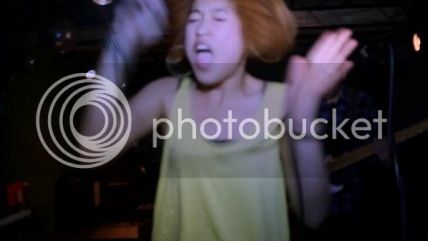 What You Need Wednesdays: Love X Stereo – Off the Grid EP

South Korean electronic band Love x Stereo reached out to us recently to share their new EP Off the Grid. It’s a short three-song jaunt that blends two of our favorite things here at Viva—dance music and 90’s alternative rock.

Citing Nirvana, Smashing Pumpkins, and Pearl Jam as her largest influences, lead singer/synth player Annie Ko unironically reveres the 90’s alt-rock scene, even the parts we Americans have come to distance ourselves from. Lead track “Soul City (Seoul City)” is an exercise in Mellon Collie and the Infinite Sadness-esque excess, an almost 7-minute trek though the good and bad of the band’s hometown, propelled by an unabashedly poppy guitar lead and vocal melody.

The quartet’s shameless love of the pop-hook makes them comparable to a more modernized Saint Etienne, another band whose recorded output was an homage to their record collection. But whereas Etienne covered “I’m Too Sexy” and sample Dusty Springfield, Love X Stereo covers “1979” and samples Massive Attack—all in one song.

It’s a strange mix that’s pulled off by a foreign sincerity—Ko takes on both the grandiose and the saccharine without donning a acid-washed jean jacket to let you know she’s “serious.”